The Ministry of Foreign Affairs of Ukraine Discussed Ukrainian-Chinese Issues 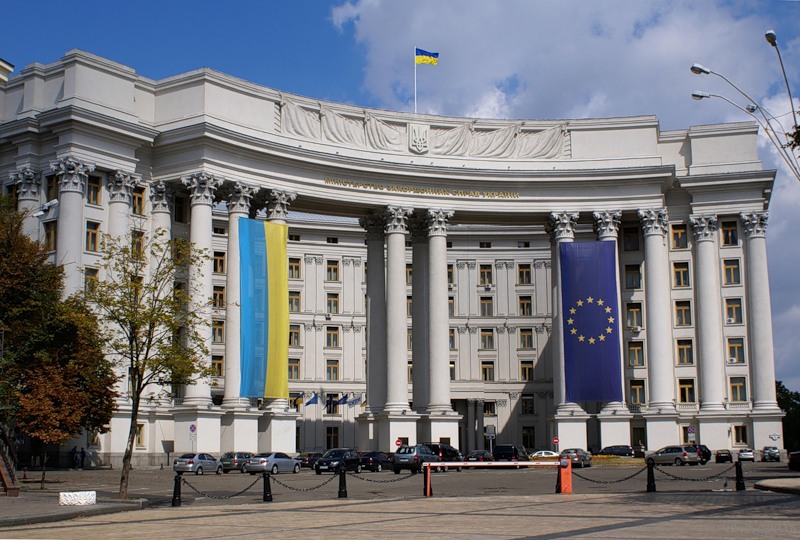 During the meeting, Igor Litvin briefed his colleague on the diplomatic corps about the UCBC activities from the moment of updating and reformatting (July 2015), as well as its participation in various Ukrainian-Chinese events that have occurred recently in both countries. There was also a substantive exchange of views on the current state of Ukrainian-Chinese cooperation in the economy, trade, tourism and humanitarian areas.

UCBC Vice Chairman acquainted Deputy Minister with the drafts and proposals of the Ukrainian business community on the further development of cooperation with the PRC that have already been submitted to the Cabinet of Ministers and the Ministry of Economic Development, as well as partially included in the draft agenda of the next meeting of the joint intergovernmental commission. In particular, these were issues related to visa liberalization, tourist exchange, bilateral trade development, mutual national exhibitions, joint business forums, etc.

Serhiy Kislitsa positively assessed the UCBC and AUCC's proposals and initiatives and also expressed the readiness of the Ministry of Foreign Affairs of Ukraine to actively involve business circles and specialized associations in the discussion and resolution of the Ukrainian-Chinese relations issues. Following the meeting, an agreement was reached to establish the information exchange between the Ministry of Foreign Affairs and the Ukrainian Part of the Ukrainian-Chinese Business Council, to determine the list of specific issues, the solution of which is possible through joint efforts of government bodies and the business community, to compile the UCBC and AUCC's proposals for decision-making at the level of central authorities and to initiate changes in regulatory and legal acts.