Representatives of about 20 countries, mainly from Asia, as well as from Africa, Australia, Middle East, Latin America and Europe took part in the exposition and in numerous events within the framework of the mentioned exhibitions - “round-table” meeting, seminars. Quite a numerous and high-level “vanguard” represented Beijing diplomatic corps of foreign countries in Zhengzhou.

Ukraine in the above-mentioned events was presented by former Ambassador Extraordinary and Plenipotentiary of Ukraine to China, Vice-Chairman of the Ukrainian part of the Joint Ukrainian-Chinese Business Council Mr. Igor Lytvyn and 1st Secretary of Trade and economic Department of Ukraine Embassy in China Mrs.Viktoria Yevchenko. 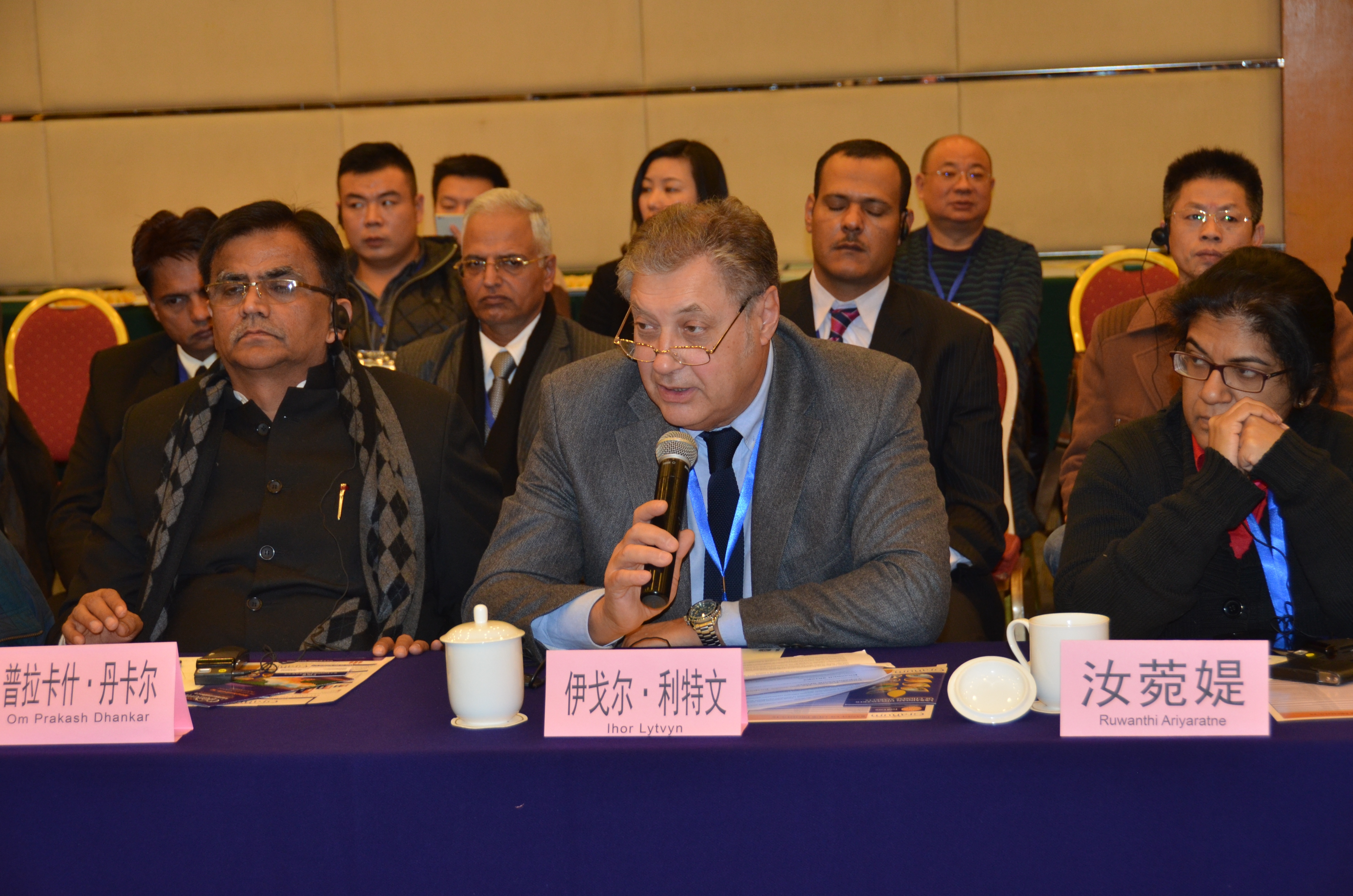 In particular, during the round-table meeting on international food trade Vice-Chairman of the UCBC’s Ukrainian part Mr.Igor Lytvyn, using video material provided by the Ukrainian Embassy in Beijing, delivered a comprehensive presentation about the export achievements and possibilities of agrarian sector of the national economy. The participants of the “round-table” meeting were informed that Ukraine had already achieved great results in co-operation with China in the agricultural sector and has good prospects for its expansion.

Thus, export of agricultural products from Ukraine to the PRC for the first 9 months of 2015 is 1,055 billion USD, while in the corresponding period of the last year this figure was over 440 million USD. It shows more than double increase! Active is also the export of vegetable oils - sunflower, rapeseed and soybean oils. In particular, this year export of soybean oil to the Chinese market has set a record - within 9 months of 2015 the Ukrainian producers exported 54,1 thousand tons to the amount of 38.5 million USD. This year Ukraine officially received the permission from China quarantine service (AQSIQ) for export of dairy products to China. The first domestic companies have already made their pilot supply. Besides the export permission for sunflower meal, we are working on the opening of the Chinese market for Ukrainian wheat, sorghum, vegetables, berries, fish and poultry.

There are some certain issues with regard to export of Ukrainian soybeans, but it is needed to settle price criteria and GMO matters, as Ukraine aims to supply China with strictly “clean” products, nevertheless, the volume of Ukrainian non-GMO soybean export now is about 400 thousand tons which is not enough, stressed amb. I. Lytvyn.

Vice-Chairman of UCBC Ukrainian part has also focused on the investment prospects of co-operation with Ukrainian structures involved in the agricultural sector. In this context, amb.I. Lytvyn has mentioned several examples of investment projects that were presented at the October Beijing investment fair (COFAIR-2015) which are supposed to attract the attention of those Chinese organizations that might be interested in joint creation and use of logistics and production infrastructure in Ukraine to meet the needs of China in grain and oil products.

Among those mentioned were, in particular, the project of construction of the plant for processing of soya seeds and the production of soybean oil and meal, as well as the project of construction of the port complex (grain silo and berth) for the storage and transshipment of grains and oilseeds (Kyiv company “Granum invest” - one of the leading Ukraine’s grain exporters to the PRC), the project of construction and development of “BilaTserkva” and “Kryvyi Rih” industrial Parks (well-known real estate development company “Ukrainian Development Partners”). It was also stressed that there are promising prospects of active participation of Chinese financial capital in the process of privatization of various kinds of production facilities, taking place in Ukraine, including those in the agricultural sector. 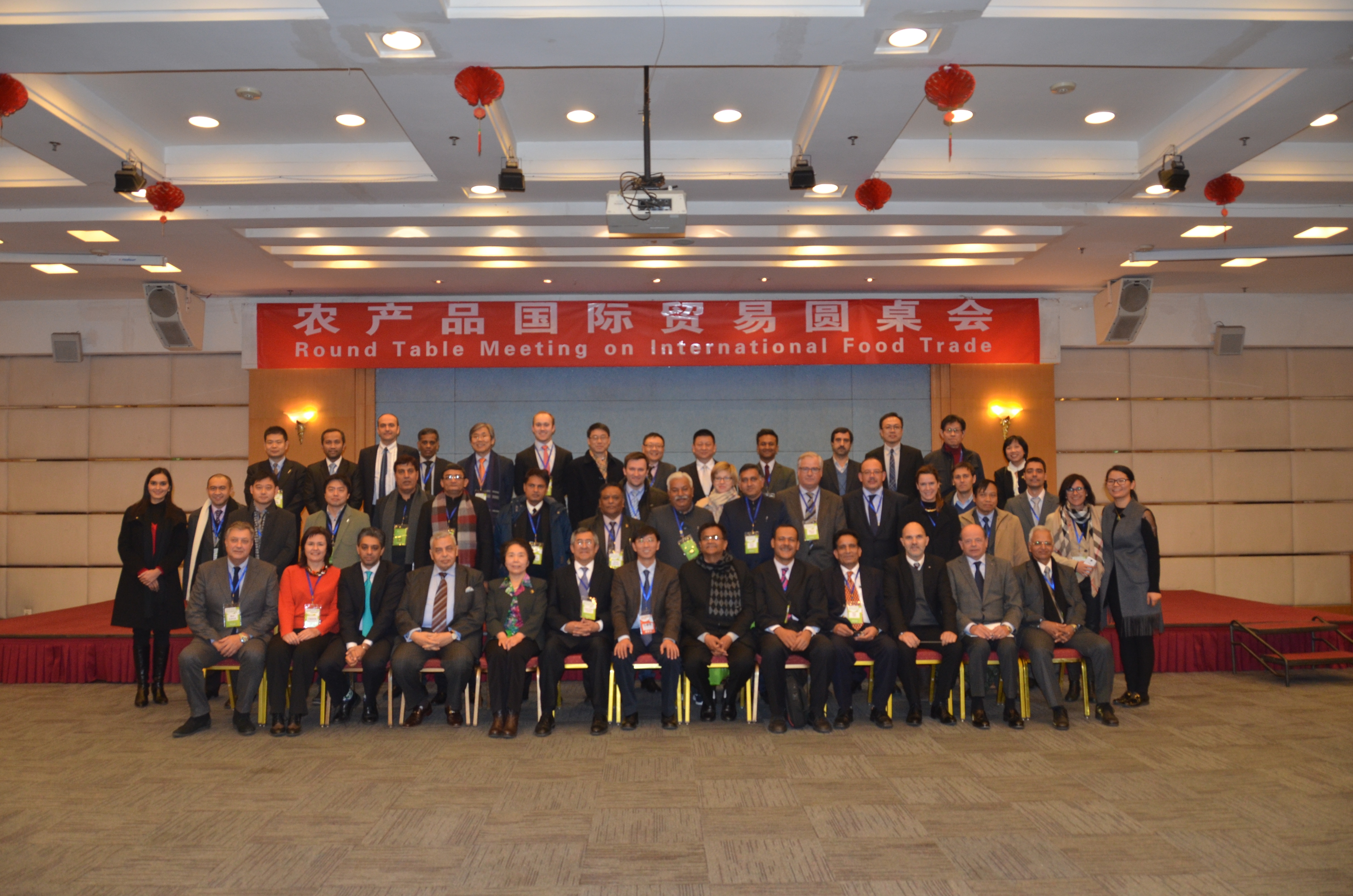 Amb.Igor Lytvyn has called for more efficient use of Joint Business Council – the permanent interaction channel between business circles of Ukraine and China, established upon the initiative of the supreme leaders of both strategic partner-states. He has invited the President of China Association of wholesale agricultural markets (CAWA) Mr. Ma Zengjiun to formalize the relationship between CAWA and the Association of Ukrainian-Chinese co-operation (co-founder of the UCBC Ukrainian part) by signing the Memorandum of understanding and co-operation. The offer was gratefully accepted by the Chinese Side.