Continue and strengthen the Ukrainian-Chinese partnership

Within the framework of the working visit of the UCBC Ukrainian part’s delegation  to Beijing   (August 24-31, 2015) its leaders – Mr. Robert Brovdi and Amb.Igor Lytvyn who both represent top management of the “Association of Ukrainian-Chinese Co-operation”(AUCC) in Business Council, held a series of meetings and business negotiations with AUCC partner agencies in China.

First meeting was held on August 25, 2015 with the leadership of  China National Corporation for Overseas Economic Co-operation (ССОЕС) – President Hue Xiuejun and Vice-President Zhang Yuanling. This corporation is an authoritative and representative organization established upon the initiative of the China’s State Council in 1965. Today it is the part of one of the country’s  largest industrial-technological holdings  - China General Technology Holding Company (GENERTEC) and a leader in providing international economic co-operation of China. ССОЕС has provided more than 600 successful projects in 100 countries in the fields of energy, chemical and light industry, telecommunications, transport, agriculture, urban development, medicine, etc..

It should be noted that ССОЕС has longstanding experience of working with Ukraine and is a member of the UCBC  Chinese part. Since 2010, after the signing of the bilateral  Memorandum of understanding and co-operation, ССОЕС has become the official partner of the Association of Ukrainian-Chinese Co-operation (AUCC). 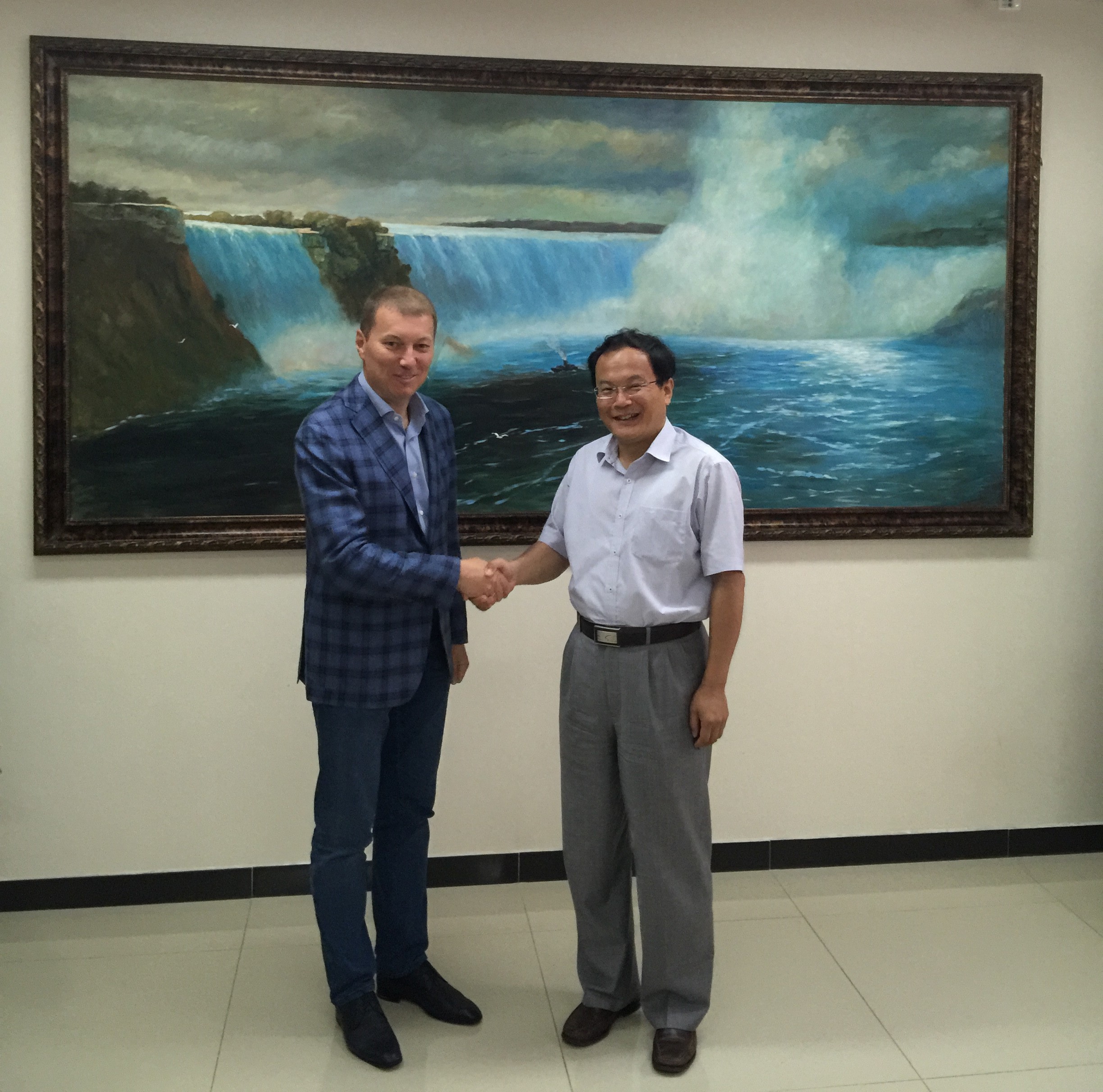 During friendly business meeting  the issues of practical co-operation between UCBC Chinese and Ukrainian parts were discussed, first of all those related to the continuation of  energy and infrastructure projects in Ukraine, commenced  in 2012, where CCOEC was also involved (for example, the Credit line  agreement between China Development Bank and "Naftogaz of Ukraine" NJSC amounting  $3.65 billion). Significant opportunities of the ССОЕС with regard to investment and technological co-operation with Ukraine were also discussed. For example, CCOEC is ready to offer our country its own latest development: the city monorail  road project, the implementation of which, under the  conditions of existing heavy traffic, would greatly ease the traffic situation in major Ukrainian cities.  It was decided to establish permanent working contacts in order to form a package of business offers and find appropriate Ukrainian partners for CCOEC to implement them.

On August 27, 2015 the leaders of AUCC paid a visit to the “Association of graduates of the former Soviet Union and Ukraine higher schools” where they met its co-chairman  Mr.Liu Jianfeng   – the graduate of Kiev Polytechnic Institute( NTUU “KPI”) and its honorary doctor, former Chairman ( Minister) of the Civil Aviation Administration of China and  former Chairman of the Foreign Affairs Committee of the People's Political Consultative Council of China. 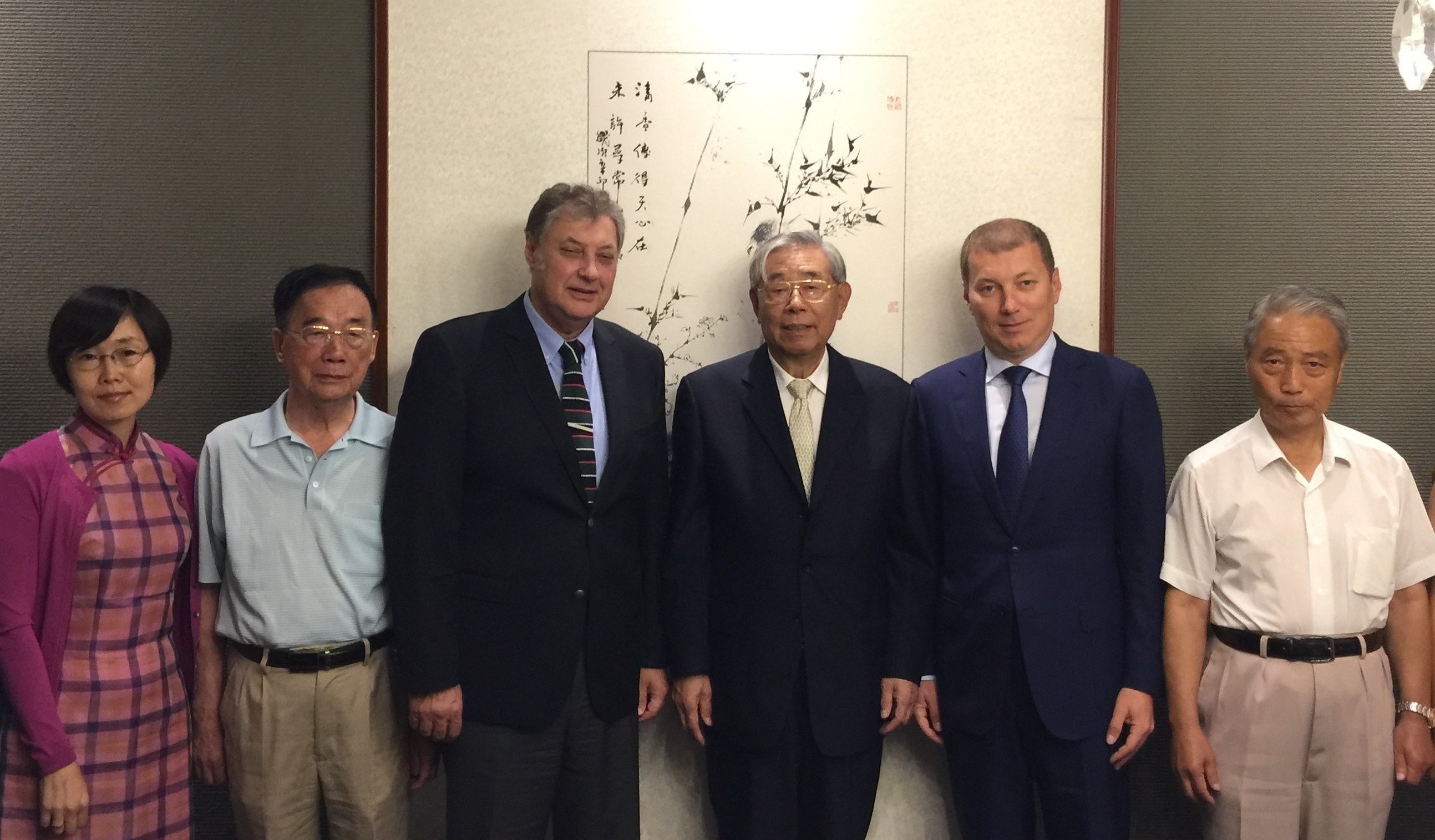 Since 2010 China Association of graduates of the former Soviet Union and Ukraine higher schools is the official partner of the AUCC. Among its members are many former and acting heads of the state and private institutions, enterprises and organizations of the PRC, who sometimes without official status, however, contribute effectively and authoritatively to the process of  maintaining  and developing ties between China and Ukraine in the economic, humanitarian, scientific and technical spheres. The meeting with Ukrainian guests where the future co-operation between two associations was discussed, have been attended by representatives of three generations of Chinese graduates: of Kyiv Polytechnic Institute (now National technical University of Ukraine “KPI”), of Kyiv National Economic University (now - KNEU named after Vadym Hetman), as well as of the universities of Odessa, Lvov, Dnepropetrovsk. It is significant to note that a friendly conversation almost all the time was conducted without translation, including into Ukrainian.

On the same very day a meeting with another influential and close partner of AUCC – Chinese People's Association for Friendship with Foreign Countries(CPAFFC) took place. CPAFFC was represented by the Vice-President Mr. Song Jingwu. The goal of CPAFFC is the promotion of international co-operation, friendship and peaceful coexistence among peoples. The association maintains friendly relations with the 500 NGOs in 157 countries. In Ukraine CPAFFC is co-operating with AUCC already 5 years and in 2011-2012 they both have exchanged friendly visits of their delegations. 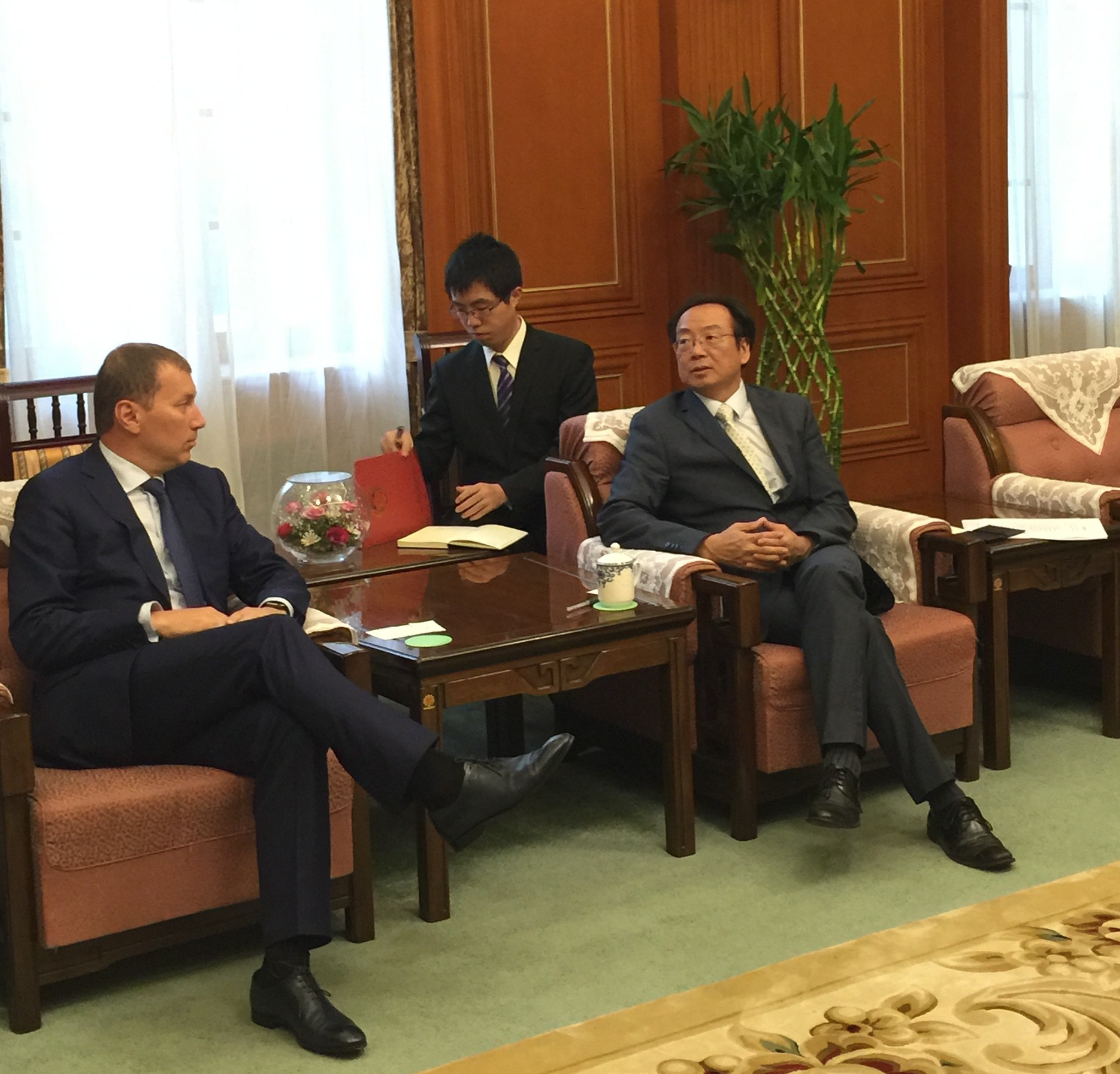 During the conversation the parties noted that the partnership between two organizations requires activation and filling with new content that will correspond to the current state of bilateral relations of Ukraine and China, in particular, in the humanitarian sphere. The Chinese side welcomed the initiatives of AUCC regarding the implementation of projects such as “Press tour to China”, the purpose of which is the opening of the PRC for the Ukrainian tourists, the generalization of information about interesting places of travelling, history, traditions, culture and customs of China. The meeting resulted by the arrangement as to the vision of further co-operation format and the preparation of a new Memorandum on understanding and co-operation between CPAFFC and AUCC.